By Leslie Thompson in sustainability
Posted on November 2nd 2020 1 4 minute read
With Covid-19, the world has had a wake-up call. Its impact has been felt on many levels but one upshot has been an unprecedented shift on sustainability. Nowhere more so than the U.S.

In our new report ‘Rethinking the Sustainable Workplace’ we reveal a notable ‘knowing-doing’ gap between what businesses believe and the actions actually being undertaken. Employees are becoming increasingly aware of this void as they emerge from the pandemic with a renewed sense of purpose and a strong desire to make a positive social impact.

“Companies are feeling squeezed about climate from all sides. It’s growing from all stakeholders. Our employees think about it much more, our customers are talking much more about it, and society is expecting us to show up.”
Hans Vestberg, CEO of telecom giant Verizon Tweet this

This is evidenced by a raft of research we’ve been undertaking throughout the public health crisis. Out of a total 2,800 end-users, across 14 countries and four continents, in June 2020, the U.S. was the only territory to cite sustainability as its most pressing workplace issue. Furthermore, in a previous survey conducted earlier this year (pre-Covid), not a single U.S. survey participant called out the need to address their company’s weak environmental stance. A complete tide change that further highlights how far U.S. businesses have to go, when:

These statistics pulled from a survey conducted by CoreNet, the industry association for Corporate Real Estate (CRE), on behalf of Tarkett, show that far from ‘circular thinking’, few even fully understand the concept.

But, rather than beat themselves up about it, Dr. Ioannis Ioannou - a global authority on sustainable business strategies and guest contributor to the report, says U.S. organisations must recognise their unique and more sensitive position in comparison to other OECD countries.

He is at pains to point that, while there is a tendency to showcase the more advanced sustainability efforts of Western Europe - especially the Nordics - there is a stark difference between the political backdrop, that makes it difficult for companies headquartered in North America to commit in the same way as their European counterparts.

This is echoed by the fact that nearly a fifth of the CoreNet survey respondents said they couldn’t see their organisations taking any concrete steps towards adopting circular economy methods - without it being pushed by government programs and/or tax incentives being more widely available.

Until that point, Dr. Ioannou says, people are bound to veer on the conservative side and be less willing to make investments in what are seen as costly environmentally focused improvements. And with an ongoing public health crisis and the threat of a global recession, this reticence is only likely to continue and to be magnified. The starting point is accepting the struggle and finding ways to mitigate these political waters - be it resistance from within, or external forces outside the organisations control. 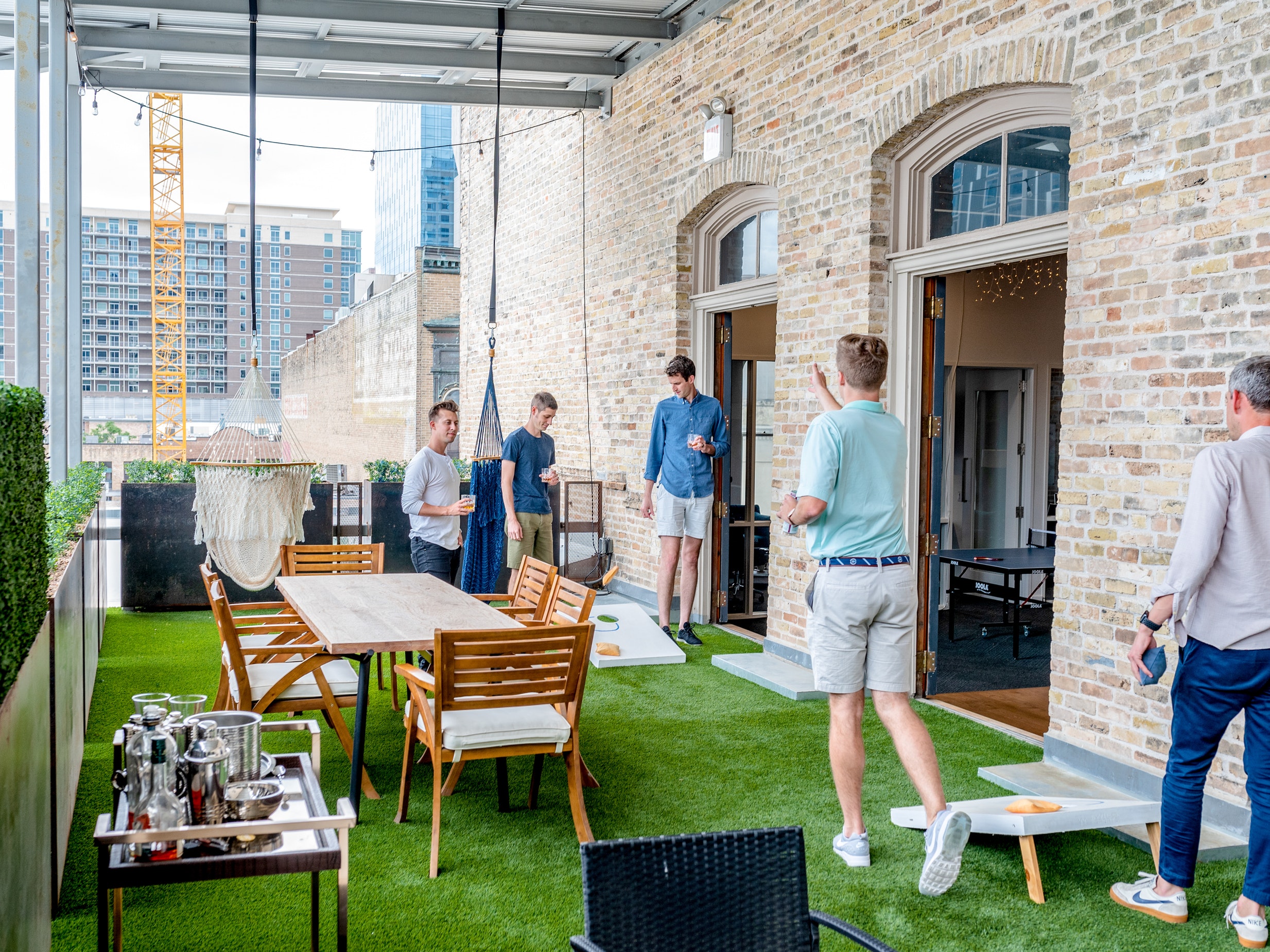 While recognising that progress is relative and companies must be careful not to get demotivated by evaluating their efforts too harshly, there is a genuine need for education in order to move forward. Especially considering such a high proportion are seemingly unable to qualify what actually constitutes their company’s environmental policy.

The wider stakeholder community simply won’t tolerate superficial sustainability claims in the intensely competitive times to come. Globally, the pressure is mounting for any government recovery packages, post-Covid, to be closely linked to climate change and sustainability measures. What’s more, according to U.S. global investment corporation, BlackRock, there has been a notable rise in sustainable investing as companies involved in controversial business are actively screened out.

So, to confidently commit to a more responsible, more rewarding way forward, on all levels, the report identifies four areas that almost every corporate needs to address, to whole-heartedly participate in the circular economy.

Download ‘Rethinking the Sustainable Workplace’ now for a pragmatic take on the challenges and opportunities facing businesses determined to bridge the knowing-doing gap in 2021 and beyond.

Tackling sustainability in the workplace and beyond

By Marjolijn Verleg in Sustainability

Empty offices: A waste of space! 1

By Leslie Thompson in Sustainability

On demand: Rethinking the Sustainable Workplace

By Leslie Thompson in Sustainability

By Ioannis Ioannou in Sustainability

Why wellbeing is moving up the sustainable office building agenda 18

By Katharine Earley in Sustainability